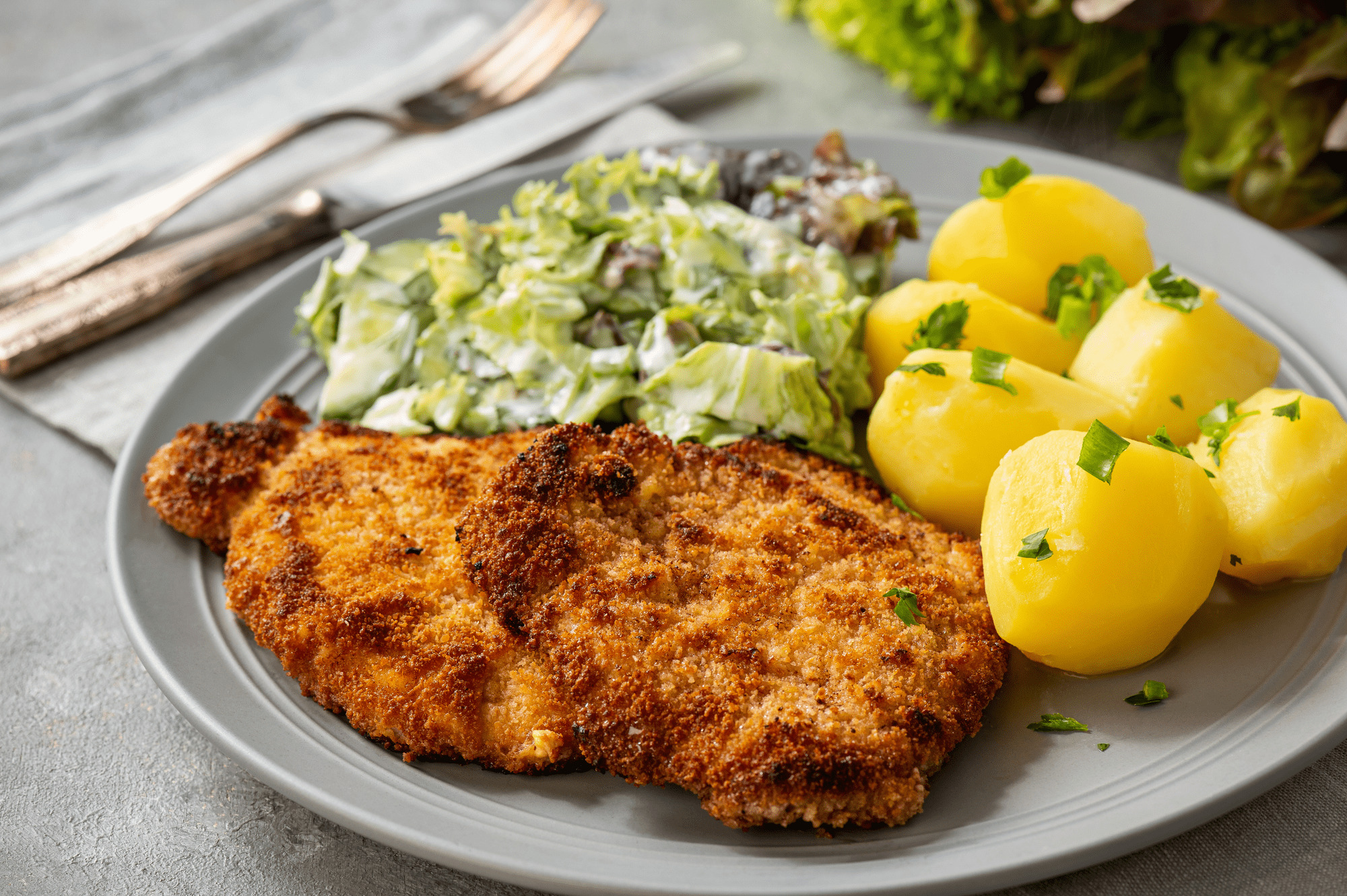 1. Kotlet Schabowy (Breaded and Fried Pork Chop)
Traditionally served with mashed potatoes and pickled cabbage, the well-known kotlet schabowy is most likely the most popular and finest main course of Poland. Rest assured you will find it on the menu of nearly every Polish restaurant in the country.
A filling, solid, safe meal, this scrumptious porkchop, flattened, breaded, then fried in either clarified butter or lard, is fairly akin to the Viennese schnitzel. If pork is not your thing, make it the same way and substitute chicken cutlet.

2. Tatar (Raw Minced Beef)
Tatar is basically consists of every ingredient needed to make a hamburger, but instead, all of these ingredients are served unmixed and raw. If you choose to order this dish, you will be served raw ground beef in a small pile with an egg cracked over it. On the side, there is generally pickles, spices, dill, and raw onion. Tatar is traditionally served as an hors d’oeuvre and a shot of vodka may accompany it.

3. Placki Ziemniaczane
These traditional, authentic Polish potato pancakes are a common comfort food enjoyed throughout the country. Although everyone has their own variation in the form of a family recipe, the base remains the same:  Potatoes, grated onions, flour, and eggs that are flattened, fried and served in the form of savory pancakes.
Commonly served accompanied by sour cream or mushroom sauce, they can be served as an appetizer, with chopped meat as part of a main course, or even sprinkled with white sugar and served as dessert.

4. Ogórki Kiszone (Pickled Cucumber)
Many believe that the majority of Polish people are obsessed with cucumbers that have been perfectly picked. It is hands-down the most popular appetizer and is part of basically each important occasion, including any family dinner or party. Pubs even serve pickled cucumbers as a snack to accompany alcohol.
Polish people enjoy several different sour treats, they pickle many vegetables, from pepper to baby pumpkins, to onions to many others.
One important tidbit is the contents of probiotics in pickled foods.  These are incredibly good for your digestive system and give Polish people yet another reason to love them.

5. Chłodnik (Cold Beetroot Soup with Sour Cream)
Chłodnik is a healthy choice among several incredible soups Poland is known for. To make this soup, beets are first simmered until tender, then generally blended with cucumber, radishes, and a variety of dairy products, like kefir, sour cream, yogurt and sour milk.
Chłodnik is commonly garnished with dill, chives, and boiled eggs and always served well-chilled. A typical starter all over the country, this soup is most popular in the spring.

6. Tace z Mięsem (Meat Trays)
One of the most common Polish appetizers are meat trays. These food trays are served on various occasions including weddings, birthdays, and numerous other events.
These trays are frequently made of sausage, ham, ham served with vegetables and bread, and today, even chicken or shrimp can be found on them as well.
If you are seeking food trays for any type of occasion, or if you are looking to prepare traditional Polish food, be sure to check with Montrose Food Mart & Deli. We are your go-to food market for a wide range of food trays that include bread, fruit, mixed, or just meat trays. Reach out to us today!