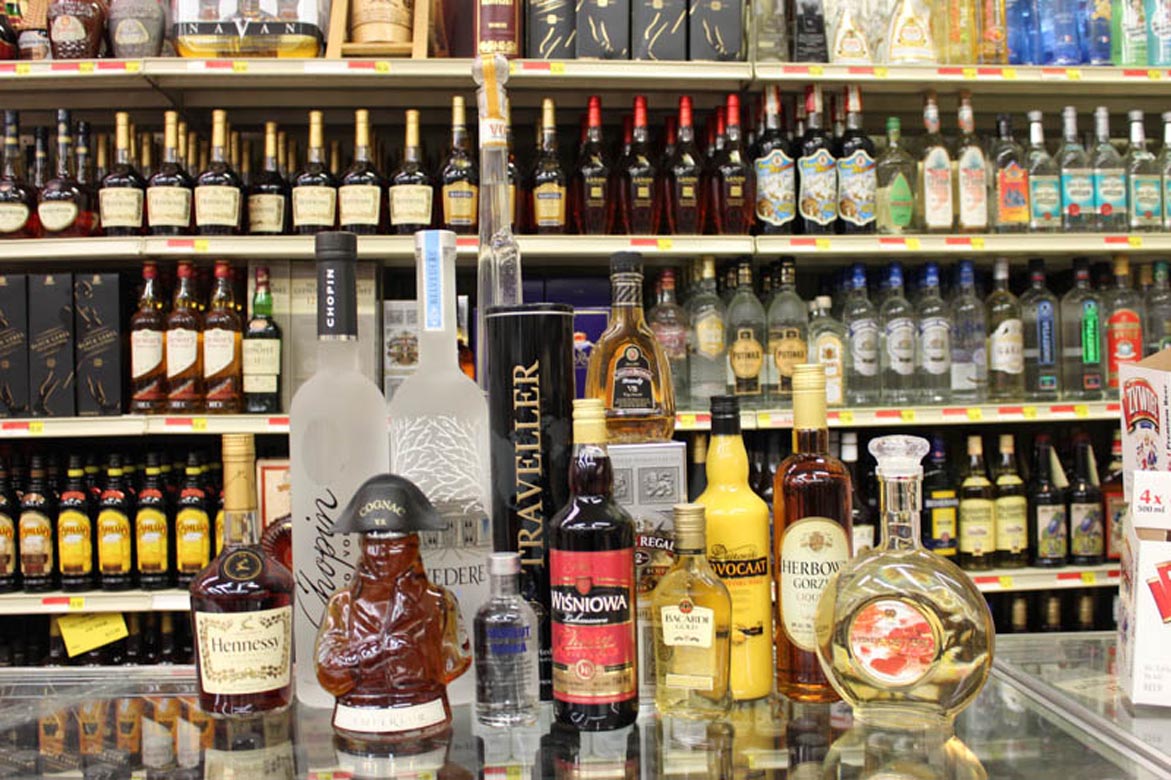 No matter how varied your choices are of alcohol in Poland, vodka would always ring a bell! Surprisingly, Polish liquor stores offer more than meets the eye. Have ‘Polish whiskey’ or Golden Water ever graced your palate? Apart from these authentic liquors, Polish stores provide an array of alcohol from moonshine to light ciders and beers!

Poland has made a name for its fruit and herb-based crafted nalewki and extensive heritage of beer fermentation. Thanks to the ‘craft revolution’! It has opened doors to hundreds more of small brewing companies over the past few years. You may be taken aback knowing that Poland manufactures wine, too. Though it’s still atypical to have a taste of Polish wine, it’s worth a shot in one of a great deal of gourmet restaurants in the western Lubusz Province, near its largest  city Zielona Góra and around the exquisite  Kazimierz Dolny in the Lublin Voivodeship.

It will not come as a surprise for Poland to mass-produce cider since it’s a country famed for apples. Ironically, cider was almost entirely missing from the Polish liquor reservoir whilst its heap production in the 19th century. Poland’s alcohol only picked up a boost in the span of ten years. Extensively produced Polish cider can be bought in nearly all food marts, but the traditionally manufactured ones from brewed apple sans glucose add-on are not to be missed! Give our choices a shot at our Polish delicatessen.

Do you know want to know how distilled and colorless spirit Vodka is made? Well, it is composed basically of water and ethanol, at times with additives. This clear distilled alcoholic beverage from Poland since the early Middle Ages is customarily produced from vegetable and grain mash through extensive use of filtration, but some modern vodka brands come with fruit or sugar flavorings to soften its taste. Yet, as the liquor market set off competitively, the commonly tasteless vodkas have been offered in different tangs now in liquor stores! Flavorful options either to enhance the taste of vodka or for therapeutic purposes!
Soplica is one of the most highly-acclaimed spiked-flavored vodka brands. Check out the following flavors: strawberry, plum, quince, cherry, hazelnut, raspberry, black currant, walnut, and blueberry.
Talk about Polish alcoholic drinks?  Żubrówka is the icing on the cake! Why? It’s well-known in nations that total to 80! This unusual cocktail is flavored with odd, biting barley enjoyed by European bison, a.k.a wisent in Poland’s last and largest remaining primeval forest – Białowieża!

All these and your most-liked alcoholic kicks are on tap in Polish groceries and liquor stores around!
Surprise your friends at the party by buying alcohol in our Montrose Deli in Chicago!. Try the most popular beverages from Poland in our store!