What Makes Dumplings Such a Popular Polish Food? 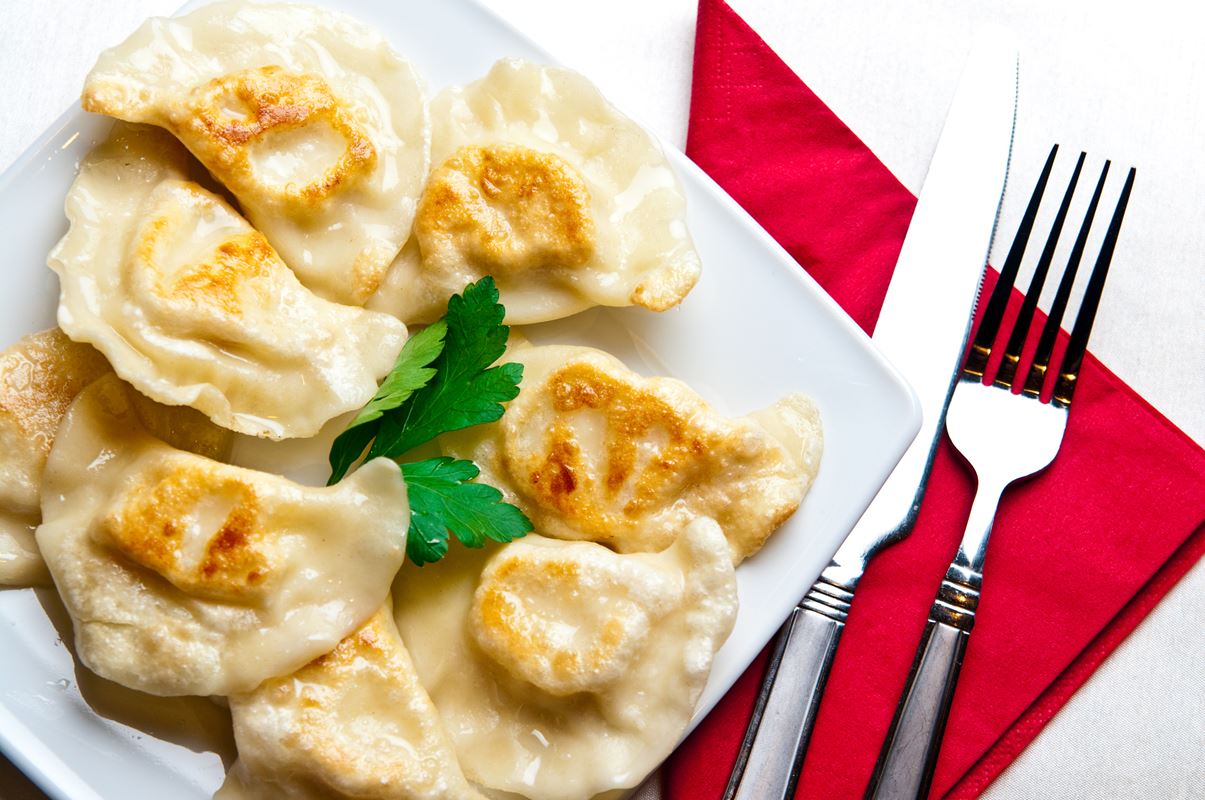 Pierogi, which is the pluralized form of the word in Polish (whereas the singular is “pierog”), are among the most well-known and recognized Polish culinary staples in the world. They start off with a soft, plush-like, pastry dough exterior, that is later formed and shaped into small, half-moon dumplings. These dumplings can be stuffed with a wide variety of fillings, similar to other global dumplings, like the Japanese gyoza or the Italian ravioli. They range from sweet to savory. Most importantly, all varieties of pierogi can be easily found in every location of Montrose Deli Grocery Stores.

Polish dumplings are very simple to cook, as they are traditionally boiled in salted water for a short amount of time, but they can also be fried in butter or lard. There are many recipes available and used for both the filling, and for the dumpling dough. Traditionally, Poles made very simple and classic pierogi, using ingredients that were fresh, local, and readily available. However, many contemporary Polish kitchens, households, and delicatessens have been experimenting with extravagant stuffings and colorful toppings, which has evolved the pierog from a simple, country-man’s dish, to a gourmet delicacy.

But to many Poles, pierogi are a reminder of childhood flavors, and often serve as a comfort food to be eaten amongst family. Poles love dumplings, not only for their nostalgic purposes, but for the versatility of the dish since they are as satisfying as they are tasty. They can range from meaty and savory, silky and cheesy, to fruity, sweet, and delicious. So many Poles enjoy them at home, and beyond, because they can be eaten warm, baked, fried or boiled. They are wonderful as a leftover because they taste just as great on the second day when fried in a pan with some butter. And since they freeze very well, you do not have to eat them all at once; instead, you can savor them over time. Pierogi are a staple in Polish gastronomy because of their versatility, adaptability, and cultural significance, and they can be purchased fresh or frozen at your local Polish grocery store, Montrose Food Mart & Deli.