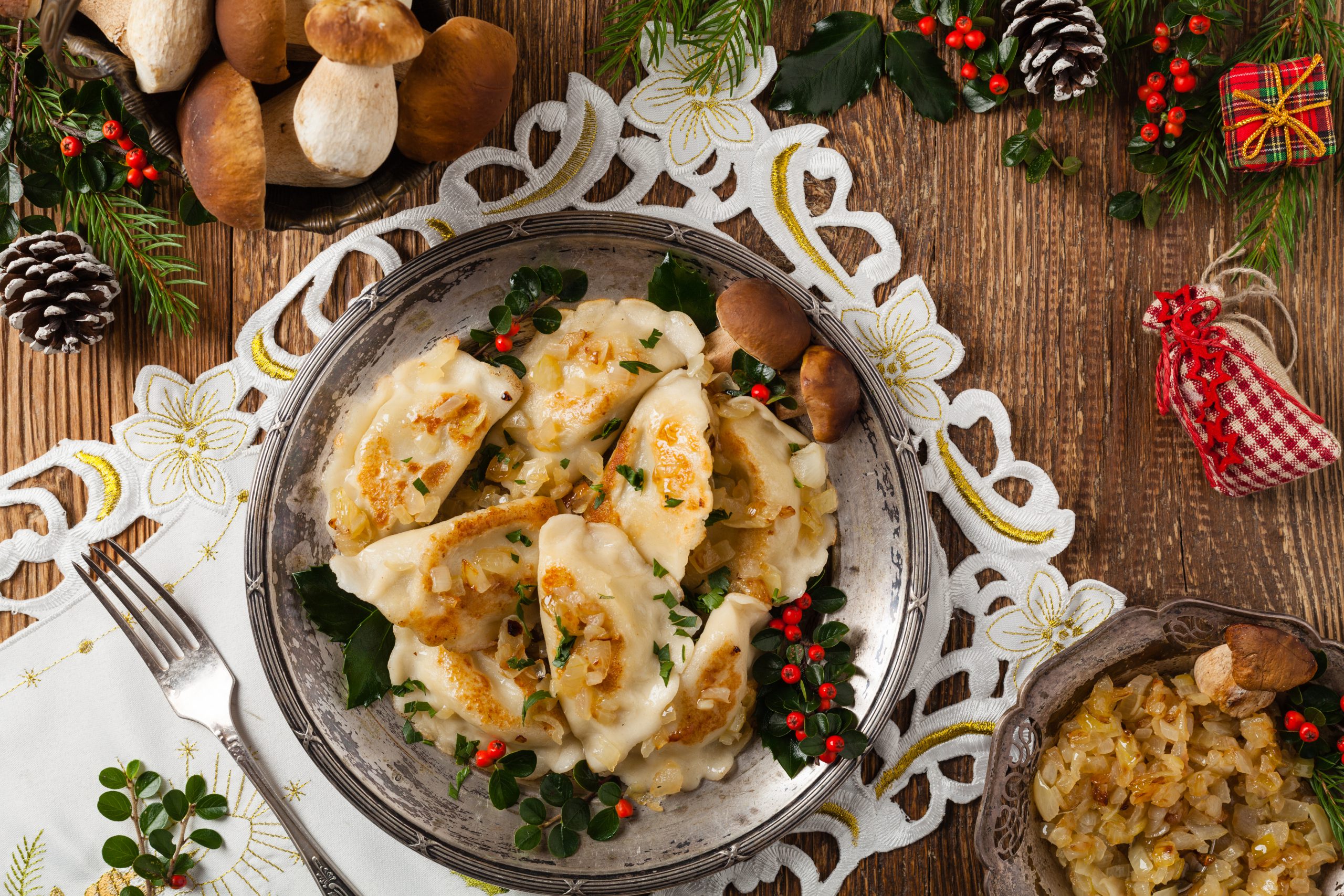 A Polish Christmas Eve dinner is one of the biggest celebrations of the year. It is a meal that often takes a combination of home cooking and Polish food catering in Chicago to accommodate close family members, but it’s also customary to share the meal with unexpected guests or even those less fortunate. Your local Polish store in Chicago prepares many foods that are specifically cooked for this special dinner, and some are only prepared for this time of year.

Usually, a Christmas Eve dinner begins with a beetroot soup, known as red borscht, which is likely a soup that is the most desired for this holiday. But the Christmas version of this soup differs from the usual one. Christmas Barszcz is flavored with a sour base that needs advanced preparation by a few days, consisting of raw beets that are peeled and sliced, fermented over four or five days in pre-boiled and then chilled water that may or may not include garlic. The fermentation is then mixed with a light dried wild mushroom broth and a vegetable broth to finish this fantastic dish for Christmas catering in Chicago.

This traditional Christmas Barszcz is often served with delicious little dumplings stuffed with soaked and chopped dried porcini mushrooms, called ceps, as well as fried onions. It all makes for one of the best examples of traditional Polish food in Chicago.

Polish food catering in Chicago may also include a very special species of carp developed in Poland, called Karp Zatorski, which is a regional product of the highest quality. Traditional Polish food in Chicago is known for a variety of fish dishes, and many who have not experienced it before soon realize the extremely high level of sophistication in their preparation. Carp has become a Christmas Eve necessity for many Polish families. Christmas Eve carp may often be served with hot sauerkraut featuring dried mushrooms, vegetable salad, or potatoes. There are many exciting recipes and ancient dishes you can find at your local Polish food mart in Chicago, including carp in grey sauce, carp with dried mushrooms and cream, or parsley-stuffed carp.

Dumplings are widely regarded as a traditional Polish food in Chicago and around the world. The Christmas style dumplings are stuffed with cabbage or with wonderful sauerkraut and dried forest mushrooms, ceps. There are also some incredible regional varieties, notably from the eastern regions of the country, that includes sweet pierogi containing smoked and dried plums or poppy seeds.

A tradition that stems back hundreds of years in Polish catering is baking gingerbread. Ancient Polish food was complete with exotic spices, like ginger, cinnamon, and nutmeg. The traditional Polish gingerbread can be found in many homes during Christmas celebrations as it is a fun family project that requires a great deal of time and attention to detail.

The dough includes honey, lard, sugar, eggs, flour, and a special mixture of gingerbread spices. It is important to make the dessert a couple of weeks in advance, allowing it to maturate and develop into that fantastic gingerbread flavor. And baking the gingerbread a couple of days before the Christmas Eve dinner will make it perfect to eat on that special evening.